What is Lateral Epicondylitis (tennis elbow)

Lateral Epicondylitis is a common clinical entity characterized by pain and tenderness at the common origin of the extensor group muscles of the forearm,usually as a result of a specific strain, overuse, or a direct bang.It is considered a cumulative trauma injury that occurs over time from repeated use of the muscles of the arm and forearm, leading to small tears of the tendons (Tendonitis).

The condition that is commonly associated with playing tennis and other racket sports, though the injury can happen to almost anybody. 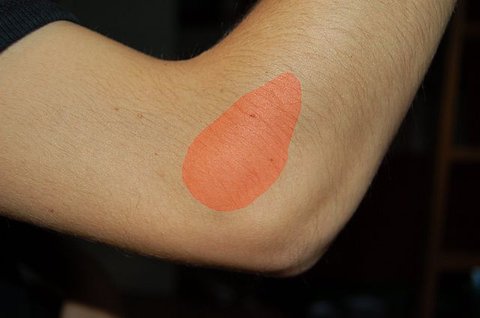 Most patients with Lateral Epicondylitis are between the age of 30 to 55 years, and many have poorly conditioned muscles. 95% of tennis elbow occurs in non-tennis players.10-50% of regular tennis players experience tennis elbow symptoms of varying degree sometimes in their tennis lives.

The most common cause of Lateral Epicondylitis in tennis players is a 'late' mechanically poor backhand, that places excess force across the extensor wad, that is, the elbow leads the arm. Other contributing factors include incorrect grip size, string tension, poor racket dampening, and underlying weak muscles of the shoulder, elbow and arm.Tennis grips that are too small often exacerbate or cause tennis elbow.

Often a history of repetitive flexion-extension or pronation-supination activity and overuse is obtained (eg.,twisting a screw driver, lifting heavy luggage with the palm down). Tightly gripping a heavy briefcase is a very common cause. Raking leaves, baseball, golfing, gardening, and bowling can also cause Lateral Epicondylitis. Less commonly, tendonitis is simply a result of single acute injury.

At first, the athlete may be aware of only fatigue and spasm of dorsal forearm muscles related to unaccustomed activity. Then they may note the onset of aching lateral elbow pain after playing. Eventually the pain may become so constant and severe so as to stop the athlete from further playing and to interfere with activities of daily living, such as carrying a briefcase, wringing wet clothes or even holding a cup of tea. Grip becomes weak. Morning stiffness may be felt.

3)Maudsley's test- The examiner resists extension of the 3rd digit of the hand, stressing the extensor digitorum muscle and tendon. A positive test is indicated by pain over the lateral epicondyle of the humerus.

X-rays are not necessary. Rarely, magnetic resonance imaging (MRI) scans may be used to show changes in the tendon at the site of attachment onto the bone. MRI typically shows fluid in the ECRB origin. There may also be a defect in this tissue. The use of the word "tear" to refer to this defect can be misleading. The word "tear" implies injury and the need for repair--both of which are probably inaccurate and inappropriate for this degenerative enthesopathy.

Your doctor may suggest an injection of a small dose of steroid to the affected area. This is not the sort of steroid banned for athletes. If used it can last for up to three months, and although it may need to be repeated you seldom need more than two or possibly three injections.

ROM of exercises emphasizing end-range and passive stretching (elbow in full extension and wrist in flexion with slight ulnar deviation).

Forearm extensor stretch may be performed with the athlete facing the wall.The dorsum of the hand is placed on the wall, and the elbow remains locked. By leaning forward the wrist is forced into 90 degree of flexion, stretching the posterior forearm tissues.

Wrist flexion may be combined with a pronation stretch. Keeping the elbow locked, the forearm is maximally pronated and wrist flexed. Overpressure is applied by other hand and static stretch is performed.

The scar tissue is more pliable when warm. So stretching exercises can be given after some superficial heating modality.

Brace is used only during actual play or aggravating activity. The tension is adjusted to comfort while the muscles are relaxed so that maximal contraction of the finger and wrist extensors is inhibited by the band. The band is placed 2 finger breadths distal to the painful area of the lateral epicondyle.

Some authors recommend 6-8 weeks use of a wrist splint positioned at 45 degree of dorsiflexion.

-Soft tissue mobilization- Cross fibre friction massage is done with and perpendicular to the tissue involved.

However,the acute inflammatory phase must have resolved first, with two weeks of no pain before initiation of graduated strengthening exercises. Development of symptoms (pain) modifies the exercise progression, with a lower level of intensity and more icing if pain recurs.

Operative treatment is required in less than 2% cases. Extensor tenotomy-Release of ECRB with debridement of chronic inflammatory tissues is the treatment of the choice.