The Q angle also known as Quadriceps Angle, is a commonly used measurement in the evaluation and treatment of patellofemoral disorders. Because it is easily measured, it is often used in clinical practice. However, it is important to stress that the Quadriceps Angle should not be used as the sole factor in surgical decision making in recurrent patellar subluxation. 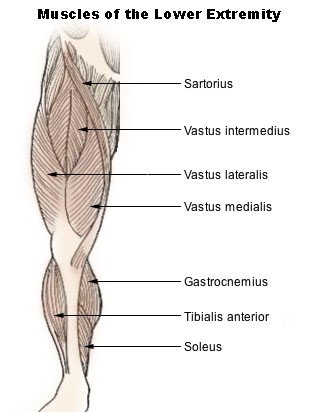 The Quadriceps Angle was first described in 1847 by Cruveilhier as the angle between the vector of the quadriceps tendon and the vector of the patellar tendon. Clinically, these vectors are simplified as lines from the anterior superior iliac spine to the midpatella and from the midpatella to the tibial tubercle. The logic behind the Quadriceps Angle is best summarized with a two-dimensional free body diagram of the patella. The vertically oriented resultant vectors balance each other out, whereas the horizontally oriented resultant vectors add up to a large laterally directed vector.

It is widely accepted that females have higher Q angles than males, an observation that has been attributed to the wider pelvis, shorter femur, and increased genu valgum seen in females.

The theoretical problem then becomes clear: a larger Quadriceps Angle results in a larger laterally directed force that must be resisted by the bony and soft tissue restraints. When the restraints are overcome, dislocation or instability may result. Although a larger Quadriceps Angle theoretically causes more lateral force, the clinical significance is unclear. Aglietti and associates demonstrated no significant difference in the Quadriceps Angle of patients with patellar subluxation compared with healthy controls,and Fairbank and coworkers showed no difference between adolescents with and without knee pain.

However, Horton demonstrated that males actually have a longer distance between greater trochanters and that there is no relationship between hip width and Quadriceps Angle. Further analysis showed that although the ratio of femur length to hip width was greater in females, it did not correlate to Quadriceps Angle.

When measuring the Quadriceps Angle with the leg extended, the value may be erroneously low if the patella lies superior and lateral to the trochlear groove. This should be considered during the examination, especially in those with patella alta, a J sign, or obvious lateral displacement of the patella. On the contrary, the Quadriceps Angle may be falsely elevated by excessive femoral anteversion, femoral torsion, external tibial torsion, and genu valgum.

Patients with rigid patellar tilt and subluxation more than likely have an increased Quadriceps Angle; although rehabilitation may decrease their discomfort, lofty athletic goals may be difficult unless surgical realignment procedures are considered where conservative treatment fails. Patients who undergo proximal and distal realignment procedures will present rehab challenges as initial strengthening activities are limited because of pain.