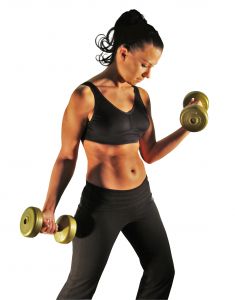 Exercises are instrumental tool in keeping us healthy. Just like your car, our bodies need regular maintenance to perform optimally. Physical therapy improves strength, balance, mobility, and overall fitness as well as injury prevention and treatment. Physical therapists help you restore and improve motion to achieve long-term quality of life.

What is physical therapy?

Wikipedia Definition- "Physical therapy or physiotherapy (sometimes abbreviated to PT) is the health care profession primarily concerned with the remediation of impairments and disabilities and the promotion of mobility, functional ability, quality of life and movement potential through examination, evaluation, diagnosis and physical intervention."

Physical therapy exercises are based on a detailed understanding of how the body works—posture, balance and movement, knowledge of diseases, injury and the healing process.

Physiotherapy/Physical Therapy is a health care profession that aims to develop, maintain and restore maximum functional ability throughout life. It helps in restoring normal body function and preventing disability arising from disease, trauma or injury. PTs utilize an individual's history and physical examination to arrive at a diagnosis and establish a management plan, and when necessary, incorporate the results of laboratory and imaging studies. Physical therapy has many specialties including cardiopulmonary, geriatrics, neurological, sports, manual, orthopedic and pediatrics to name some of the more common areas.

Duties of a physiotherapist

The Physiotherapist assists the patient in the movement restoration. His tasks include the following: 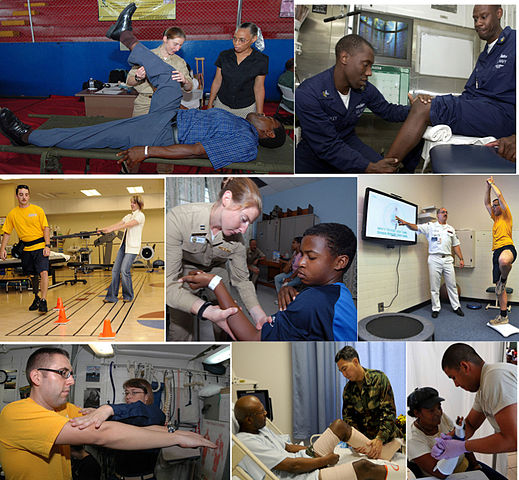 Physical therapy exercises can improve the ability to use parts of the body that have been affected by disease or injury. For example, arthritis is a long-term condition that causes painful and stiff joints. Physical therapy can help to keep the joints mobile (able to move) and strengthen the surrounding muscles.

Physicians like Hippocrates and later Galenus are believed to have been the first practitioners of physiotherapy, advocating massage, manual therapy techniques and hydrotherapy to treat people in 460 B.C. The earliest documented origins of actual physiotherapy as a professional group, however, date back to 1894 when four nurses in Great Britain formed the Chartered Society of Physiotherapy. Other countries soon followed and started formal training programs, such as the School of Physiotherapy at the University of Otago in New Zealand in 1913, and the United States' 1914 Reed College in Portland, Oregon, which graduated "reconstruction aides."

Physical therapy practice in the United States evolved around two major historical events: the poliomyelitis epidemics of the 1800s through the 1950s and the effects of the ravages of several wars. Marguerite Sanderson and Mary McMillan were the first two individuals involved in the training of "reconstruction aides" responsible for caring for those individuals wounded in World War I.

Research catalyzed the physical therapy movement. The first physical therapy research was published in the United States in March 1921 in The PT Review. In the same year, Mary McMillan organized the Physical Therapy Association (now called the American Physical Therapy Association (APTA)). In 1924, the Georgia Warm Springs Foundation promoted the field by touting physical therapy as a treatment for Polio. Poliomyelitis raged throughout the country in the 1920s and 1930s. The primary modes of treatment were isolation, immobilization, splinting, bed rest, and later surgery. During World War II, drastic improvements in medical management and surgical techniques led to increasing numbers of survivors with disabling war wounds. In 1940, Sister Elizabeth Kenny brought her treatment techniques for the management of patients with poliomyelitis to the United States.

Specialization for physical therapy in the U.S. occurred in 1974, with the Orthopaedic Section of the APTA being formed for those physical therapists specializing in Orthopaedics. In the same year, the International Federation of Orthopaedic Manipulative Therapy was formed, which has played an important role in advancing manual therapy worldwide ever since.