The biomechanics of throwing

The biomechanics of throwing motion is a dynamic activity that requires extremes of glenohumeral motion that place extraordinary stresses on the athlete. The most important aspects of the evaluation of the throwing athlete are the history and physical examination. The soft tissues and bony architecture around the shoulder are susceptible to injury caused by repetitive overuse or acute trauma. Tremendous forces are also generated at the elbow during the overhead throwing motion.

The biomechanics of throwing

In sport, throwing is to the upper limb what gait is to the lower limb. It is an activity seen in many sports in some form, and there are similarities between all types of throw and with shots in racquet sports. Throwing can be divided into five stages which form a single continuous motion. In the early stages, up to ball release, the body is accelerating the object. By the later stages, following release, the aim is to decelerate and reduce the effect of stress on the body. The phases are as follows:

STRESSES ACROSS THE shoulder JOINT

Forces generated during the throwing motion are astonishing, and the muscles of the rotator cuff must offset these high-energy forces on the shoulder and stabilize the humeral head within the glenoid. Although the most widely studied sport involving overhead throwing is baseball, several other sporting activities require the same type of motion. Some such sports include football, volleyball, handball, javelin, softball, racquetball, squash, and tennis (the serve). The overhead biomechanics of throwing motion can be broken down into several discrete steps, which include the wind-up, early cocking, late cocking, acceleration, deceleration, and follow-through phases. The process of overhead throwing, regardless of specific sport, involves the generation of potential energy and the subsequent transfer of that potential energy to kinetic energy, which is imparted to the object being thrown. In total, the overhead throwing motion takes about 2 seconds to complete, with nearly 75% of that time taken up by the pre-acceleration phases.

The first phase of throwing, the wind-up, is when the body readies itself by raising the center of gravity, and the shoulder is placed in slight abduction and internal rotation. During this phase, virtually no stress is placed on the upper extremity.

In the early cocking phase, the arm is placed into the abducted, externally rotated position. In addition, the arm rotates behind the body axis about 15 degrees. This phase ends at the “top” of the motion just before the beginning of forward arm and body motion. Early in this phase, the deltoid is active as it abducts the arm, followed by activity in the rotator cuff musculature to cock the arm into a more externally rotated position.

The third, late cocking, phase begins as the lead leg contacts the ground and ends when the arm reaches maximal external rotation of nearly 180 degrees. During this phase, the scapula retracts in order to provide a stable glenoid surface for the humeral head to compress against. The upper arm is maintained in 90 to 100 degrees of abduction, and the elbow moves even with the plane of the torso. As the humerus progresses into external rotation, the humeral head translates posteriorly on the glenoid owing to increasing tightness in the anterior structures. The external rotators (infraspinatus and teres minor) are active early in this phase, as are the supraspinatus and deltoid. The subscapularis is active toward the end of this phase as the internal rotation of the arm begins. During this phase, the rotator cuff musculature generates a compression force of 650 N. 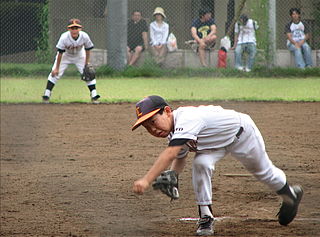 The acceleration phase begins as the arm initiates its internal rotation and ends at ball release. During this phase, the arm rotates at an angular velocity greater than 7000 degrees/second. Despite this tremendous movement, little stress is noted in the shoulder musculature during this phase. The arm is maintained in the same abduction as in the late cocking phase. Other important muscles that are active during this phase are the triceps early on, followed by the pectoralis major and latissimus dorsi later. Some have postulated that throwing curveballs would exert a greater amount of joint load and force on the shoulder than other pitches; however, Escamilla and coworkers found that not to be the case. Resultant joint loads were similar between the fastball, slider, and curveball. The greatest differences in peak shoulder angular velocities occurred between the change-up and fastball pitches, with a mean change-up value of 5800 degrees/second versus a mean of 6500 degrees/second for the fastball, curveball, and slider. The change-up produced the slowest and lowest kinetics in the shoulder; therefore, the authors implied that this is likely the safest pitch to throw.

The deceleration phase begins just after the ball is released and ends when humeral internal rotation ceases. This phase is heralded by tremendous loads generated by the rotator cuff muscles as the rapidly rotating arm is slowed to a halt. The scapula protracts while maintaining a stable glenoid surface for the humeral head. In essence, the deceleration phase is when the energy not imparted to the ball is dissipated. Eccentric loads are seen in the posterior cuff musculature as compressive joint loads exceed 1000 N. The distraction force acting on the glenohumeral joint has been shown to range from 90% to 108% of body weight

Finally, the follow-through phase concludes the throwing motion as the body regains balance and stability. During this phase, muscle firing ceases, and joint compression loads drop to 400 N. Shear loads also diminish during this phase.

Stresses across the elbow joint

Stresses across the elbow joint have been measured during the overhead throwing motion. Maximal elbow velocity reaches more than 2300 degrees/second during the acceleration phase. Just before reaching maximal external humeral rotation in the late cocking phase, valgus torque at the elbow has been measured at 64 Nm. Cadaveric studies have demonstrated the tensile strength of the ulnar collateral ligament (UCL) to be about 32 Nm. The UCL provides the most static stability against a valgus stress, taking up nearly 55% of the valgus stress at 90 degrees of elbow flexion. Because 55% of 64 Nm is greater than the 32 Nm tensile strength of the intact UCL, contributions from the bony architecture and surrounding soft tissues are needed to assist the UCL in providing medial elbow stability during the overhead throw. These contributions come mainly from the flexor carpi ulnaris, flexor carpi radialis, and the pronator teres. When the medial soft tissues fatigue, more stress is placed on the lateral radiocapitellar articulation as well as on the UCL. With increased compression through the radiocapitellar articulation, avascular necrosis, osteochondritis dissecans, and loose body formation may occur. Regardless, the UCL remains the primary stabilizer to the medial side of the elbow during throwing.

Return from Biomechanics of throwing to home page