What is Guillain-Barre Syndrome or GBS disease ? 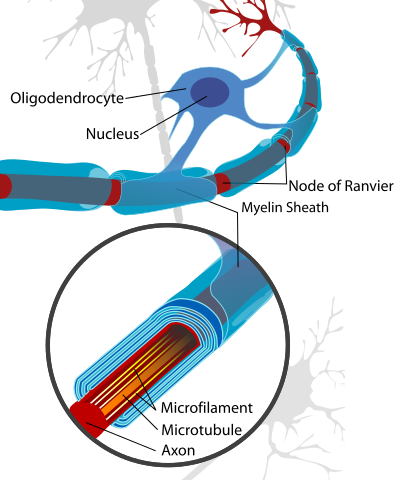 GBS disease or Guillain-Barre Syndrome is a disease of the nervous system due to damage to the myelin sheath around nerves. The myelin sheath acts as an insulator the same as rubber or plastic around electrical wires. Ascending paralysis, weakness beginning in the feet and hands and migrating towards the trunk, is the most typical symptom. It can cause life-threatening complications, particularly if the breathing muscles are affected or if there is dysfunction of the autonomic nervous system. The disease is usually triggered by an acute infection. In many cases it follows shortly after a virus infection. It is also rarely associated with immunizations, surgery, and childbirth.

GBS disease is also known as:

GBS disease is not contagious or hereditary, and the actual cause is unknown. However, about half of all cases are linked to follow a viral or bacterial infection such as, common cold, flu, viral hepatitis infectious mononucleosis.

Symptoms of Guillain-Barre Syndrome include weakness, typically beginning in the legs and progressing upward. The weakness is accompanied by decreased feeling (paresthesia). Reflexes are lost, for example, the hammer to the front of the knee will not induce a kick. In severe cases breathing can be affected enough to require a ventilator and rarely the heart can be affected. The maximal degree of weakness usually occurs within the first 2-3 weeks.

The diagnosis of GBS disease usually depends on findings such as rapid development of muscle paralysis, areflexia, absence of fever, and a likely inciting event. Cerebrospinal fluid analysis (through a lumbar spinal puncture) and electrodiagnostic tests of nerves and muscles (such as nerve conduction studies) are common tests ordered in the diagnosis of GBS.

The majority of patients can expect a slow but progressive recovery over several months. In severe cases the primary concern is maintaining vital functions and passively exercising the muscles. This sometimes requires temporary artificial breathing machines for severely affected patients.

Most of the time recovery starts after 4th week from the onset of the disease. Approximately 80% of patients have a complete recovery within a few months to a year, although minor findings may persist, such as areflexia. About 5–10% recover with severe disability, with most of such cases involving severe proximal motor and sensory axonal damage with inability of axonal regeneration. However, this is a grave disease and despite all improvements in treatment and supportive care, the death rate among patients with this disease is still about 2–3% even in the best intensive care units. Worldwide, the death rate runs slightly higher (4%), mostly from a lack of availability of life support equipment during the lengthy plateau lasting 4 to 6 weeks, and in some cases up to 1 year, when a ventilator is needed in the worst cases. About 5–10% of patients have one or more late relapses, in which case they are then classified as having chronic inflammatory demyelinating polyneuropathy (CIDP).

Although most people recover from GBS disease, the length of your illness is unpredictable, and may require months of hospital care and rehabilitation.

As nerve function returns, patient may need assistance to learn how to use affected muscles. Rehabilitation may include several types of therapy. 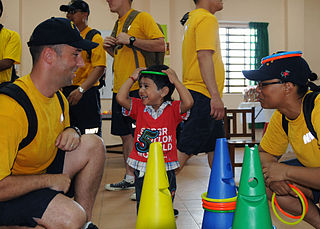 Physiotherapy treatment for GBS disease will:

The important factor is communication with this multi-disciplinary approach with the aim of the team to help the flow of the treatment of the patient.

In the acute phase a large part of physio is for respiratory care. If it affects the intercostal muscle - the onebetween the ribs that lifts up the ribs as we take a breath. Equally if the diaphragm is affected - the part of the body between the abdomen and the chest - patient have the inability to take a large breath. So in acute phase regular breathing exercises are necessary.

So then the first part of the rehabilitation phase begins. When we start to get patients moving we have to keep in mind the physiotherapy must be graduated. We realize the patients can fatigue quite quickly and so we try to build up the strength very gradually, deliberately providing a little more demand each time in exercising the respiratory muscles.

The positioning of the patient is vital. He/she needs to be nursed so that the lungs are kept clear - from side to side and if need be to be "jacked up" with the head down so allowing any secretion in the lungs to be drained out.

Patient suffering from GBS disease often complain of severe pain, which can be managed by applying TENS, IFT and other pain relieving techniques.

If muscles are kept in a shortened position long enough then there is an increase in the stiffness of the muscle. So there should be "passive" movements, ie aided - through the full range at least once a day. If there is too much movement with weak muscles around a joint, the joint can become quite loose and set up later some pain. Too little movement and you end up with a stiff joint. You can have muscle stiffness and then joint stiffness. This again can become quite painful.

There are available Resting Splints for wrist/hands and for ankles which can be important in the early stages. Tight calf muscles can later on make it more difficult for one to walk, particularly upstairs and downstairs and even on a slight slope. You get too tired.

The important feature at the next phase when patient gets out of bed is that his/her circulation is quite dependent on the muscles in the body.

There will be swelling in the ankles and hands if one doesn't move around much. So a patient's blood pressure is monitored at this stage to check there is no sudden drop. Such patients wear elastic stockings to push the blood back to the heart and also to prevent blood clots. If the blood sits in the legs there is more potential for clotting.

Some patients with weak abdominal muscles may need abdominal corsets. Once the patient is getting up the whole effect of what gravity has on the joints becomes important. The shoulder joint particularly relies on its muscles around it. He/she may need the arms supported in the early stages of sitting up and walking.

It is important to get good seating. If necessary one can make do with a cushion, towel or pillow to support the lumbar spine. Prolonged sitting with a curved spine can lead to small damage to the joints in your upper spine, producing backache. It is similarly important to support the middle and top of the spine as well as the arms.

Stretching the arms including the hands, legs including the feet, body (particularly by slumping), helps to rehabilitate not only the peripheral muscles but also, we believe, the associated nerves. This is important for GBS and CIDP patients suffering from nerve damage. One has to be careful not to overstretch.

Functional tasks of daily living that involve exercise tend to be beneficial. These tasks include walking, repeated sitting to standing, rolling over and moving up and down in bed, putting on and taking off clothes. These tasks help to restore the patient to normal living.

Hydrotherapy is fantastic as patient can float; so their weight is supported and also they can exercise against the graded resistance of the water - the faster they move the harder it is, the slower the more gentle. It does not suit everyone - some find the heat too much.

It is important to watch the posture as muscle weakness can affect it. It is often the physio's role to nag and give patient advice about posture.

The patient may need balance retraining because we know the ankles are important for balance. The patient may find the hips have to be moved to keep the balance.

As patient progress then we begin some training in advanced skills of walking up and down slopes and stairs.

As an ongoing practice it is important to have regular exercises to keep stretching muscles that may be at risk of tightening up - calf muscles, hamstrings, arm muscles.

Hydrotherapy, walking, exercise bikes or anything that can get patient's heart rate up are important for ensuring that your cardiovascular and general fitness are in good condition.