Autonomic Dysreflexia, also known as Hyperreflexia, is a vascular reflex which occurs in response to a stimulus from the bladder, bowel or other internal organ below the level of the lesion in a patient with a high lesion, i.e. above T6.

Overdistension of the bladder caused by a blocked catheter can give rise to this reflex activity which presents quickly and which, if not dealt with immediately, can rapidly precipitate cerebrovascular accident, epileptic fits and even death (Calachis 1992). It can also be caused by strong spasms and by sudden changes of position, as, for example, with the tilt table. Tilting the body with the head up will reduce the blood pressure until further treatment can be given. 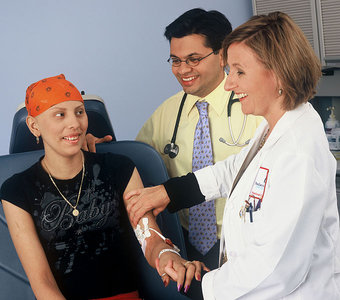 Bowel - over distention or irritation

The treatment is to remove the cause; antihypertensive drugs may be given as a temporary measure. Three cases of this reflex activity were reported in the USA in 1980 which were precipitated by passive hip flexion. This occurred in young men with lesions at C5, C6 and Tl. It was suggested that this response was evoked by stretching the hip joint capsule or proximal leg muscles innervated by L4, L5 and Sl (McGarry et aI1982).

All those involved in the care of patients with spinal cord lesions should be able to recognize the symptoms and know what to do in an emergency.