The Central Cord Syndrome (CCS) was initially described by Schneider et al (1954). It is the most common type of incomplete spinal cord injury (Shaw 1995). 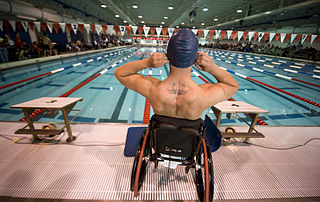 The American Spinal Injury Association (ASIA) define this syndrome as: 'a lesion, occurring almost exclusively in the cervical region, that produces sacral sparing and greater weakness in the upper limbs than in the lower limbs' (ASIA 1994).

The acute central cord spinal syndrome is commonly stated to arise from an injury which affects primarily the central part of the spinal cord and is frequently haemorrhagic (Morse 1982, Maroon et al 1991). However, Quencer et al (1992) found no evidence of haemorrhage into the substance of the cord and concluded that central cord syndrome was not primarily a grey matter lesion but that the neurological disability, at least in part, was due to damage to the white matter tracts. They suggested that the most common mechanism of injury may be direct compression of the cord in an already narrowed spinal canal. This would explain the predominance of axonal injury in the white matter of the lateral columns.

Roth et al (1990), in a study of 81 traumatic central cord syndrome patients, found that more than 90% of patients had neurological recovery of both upper and lower limbs, neurological recovery being defined as an increase in strength of one muscle grade. This recovery generally occurred in the order of lower limbs, bladder function, upper limbs and finally the hands. The extent of recovery is greatest in younger patients, who have a better prognosis for recovery in activities of daily living and in becoming functional walkers (Penrod et al1990, Roth et aI1990).

It is possible that arteriosclerosis may compromise blood supply to the cord in older subjects and that the initial damage may be more severe due to cervical spondylosis (Scher 1995).

This type of lesion usually affects older people with cervical spondylosis who sustain hyperextension injuries in falls or in motor vehicle accidents. Older men, over the age of 40, with predisposing narrow cervical canals and osteoarthritis of the cervical spine have also been identified to be at risk of central cord syndrome following body surfing accidents (Scher 1995).

However, central cord syndrome may occur in people of any age and be associated with other aetiologies, injury mechanisms or predisposing factors. (Roth et aI1990). In older age groups, fracture of the cervical spine is less common than in younger subjects (Penrod et al 1990), and in the absence of a fracture, this lesion may be difficult to diagnose.

The general clinical picture is of:

Motor deficit. At the level of the lesion, there will be damage to the anterior horn cells resulting in a flaccid paralysis of those muscles supplied from this level (Scher 1995). For example, a lesion occurring at the C5 level will give rise to flaccidity, most notably of deltoid and biceps. The gradual wasting of these muscles gives rise to the fairly typical picture of the central cord lesion.

Hand dysfunction is an outstanding feature of cervical myelopathies (Nakajima & Hirayama 1995) but this is variable in central cord syndrome. The hands may be relatively uninvolved, but without the background of proximal stability, selective upper limb function cannot be achieved.

In other cases, the hands may be paralysed. The predominant loss of muscle function in distal muscles may be explained by axonal damage. Disruption of axons, particularly in the lateral columns in the region occupied by the corticospinal tracts, reflects their importance for hand and finger function (Quencer et al1992).

Paralysis of the hands may lead to the development of stiff and painful joints or cervical hand syndrome and swelling may occur compounded by the effect of gravity.

The development of contractures and / or painful joints of the upper limbs will remain a very real danger throughout all stages of rehabilitation. Roth et al (1990) found that the number of patients with shoulder pain and dysaesthetic pain increased over time to be greater at discharge than during rehabilitation.

Many patients with CCS will achieve an independent gait with or without the use of walking aids. In a sense, these patients differ from virtually all other patients with neurological disability, in that use of the arms in gait re-education is recommended. All too often, these patients walk independently before they have significant recovery of the upper limbs. The importance of the use of the arms while learning how to walk again cannot be overemphasized. Once the patient is able to walk independently, there may be little if any opportunity for the arms to be involved in function.

Depending on the severity of the lesion, the patient will demonstrate some degree of motor deficit in the trunk and lower limbs which is invariably characterized by the presence of spasticity.

Sensory deficit. This is extremely variable, ranging from severe sensory loss to virtually no impairment.

The disability of these patients is often underestimated. Those who are ambulant may appear less disabled, and yet, without the use of their upper limbs they are invariably more impaired than the chair bound paraplegic.