PNF Techniques help develop muscular strength and endurance, joint stability, mobility, neuromuscular control and coordination– all of which are aimed at improving the overall functional ability of patients.

Developed in the 1940s, PNF Techniques are the result of work by Kabat, Knott and Voss. They combined their analysis of functional movement with theories from motor development, motor control, motor learning and neurophysiology. 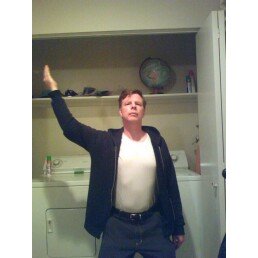 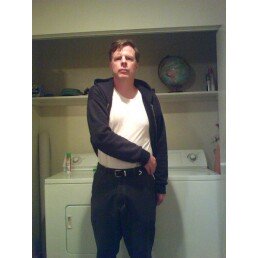 In the early to mid 1900s physiologist Charles Sherrington popularized a model for how the neuromuscular system operates. Irradiation is when maximal contraction of a muscle recruits the help of additional muscle flexibility. Based on that, Herman Kabat, a neurophysiologist, began in 1946 to look for natural patterns of movement for rehabilitating the muscles of polio patients. He knew of the myostatic stretch reflex which causes a muscle to contract when lengthened too quickly, and of the inverse stretch reflex, which causes a muscle to relax when its tendon is pulled with too much force. He believed combinations of movement would be better than the traditional moving of one joint at a time. To find specific techniques, he started an institute in Washington, DC and by 1951 had two offices in California as well. His assistants Margaret Knott and Dorothy Voss in California applied PNF to all types of therapeutic exercise and began presenting the techniques in workshops in 1952. During the 1960s, the physical therapy departments of several universities began offering courses in PNF and by the late 1970s PNF stretching techniques began to be used by athletes and other healthy people for more flexibility and range of motion. Terms about muscle contraction are commonly used when discussing PNF. 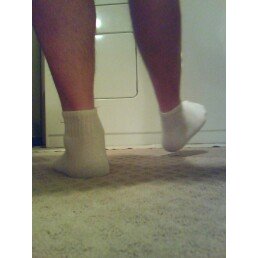 Repeated Contractions, RC (Repeated stretch): Repeated isotonic contractions from the lengthened range, induced by quick stretches and enhanced by resistance; performed through the range or part of range at a point of weakness. Technique is repeated (i.e.,three or four stretches) during one pattern or until contraction weakens.
Indications Impaired strength, initiation of movement, fatigue and limitation in active ROM.

Combination of Isotonics (Agonist Reversals, AR): Resisted concentric, contraction of agonist muscles moving through the range is followed by a stabilizing contraction (holding in the position) and then eccentric, lengthening contraction, moving slowing back to the start position; there is no relaxation between the types of contractions. Typically used in antigravity activities/assumption of postures (i.e., bridging, sit to stand transitions).
Indications Weak postural muscles, inability to eccentrically control body weight during movement transitions, poor dynamic posture control.

Contract Relax (CR): It is one of PNF Techniques usually performed at a point of limited ROM in the agonist pattern. Strong, small range isotonic contraction of the restricting muscles (antagonists) with emphasis on the rotators is followed by an isometric hold. The contraction is held for 5-8 seconds and is then followed by voluntary relaxation and movement into the new range of the agonist pattern. Movement can be passive but active contraction is preffered.

Hold Relax (HR): It is one of PNF Techniques usually performed at a position of comfort and below a level that causes pain. Strong isometric contraction of the restricting muscles (antagonists) is resisted, followed by voluntary relaxation, and passive movement into the newly gained range of the agonist pattern.

Replication (Hold Relax Active Motion, HRA): The patient is positioned in the shortened range/ end position of a movement and is asked to hold. The isometric contraction is resisted followed by voluntary relaxation and passive movement into the lengthened range. The patient is then instructed to move back into the end position; stretch and resistance are applied to facilitate the isotonic contraction. For each repetition, increasing ROM is desired.
Indications Marked weakness, inability to sustain a contraction in the sustained range.

Resisted Progression (RP): Stretch, approximation and tracking resistance is applied manually to facilitate pelvic motion and progression during locomotion; the level of resistance is light so as to not disrupt the patient's momentum, coordination and velocity. RP can also be applied using elastic band resistance.
Indications Impaired timing and control of lower trunk/pelvic segments during locomotion, impaired endurance.

Rhythmic Rotation (RRo): Relaxation is achieved with slow, repeated rotation of a limb at a point where limitation is noticed. As muscles relax the limb is slowly and gently moved into the range. As a new tension is felt, RRo is repeated. The patient can use active movements (voluntary efforts) for RRo or the therapist can perform RRo passively. Voluntary relaxation when possible is important.
Indications Relaxation of excess tension in the muscles (hypertonia) combined with PROM of the range-limiting muscles.

To that end, PNF Techniques have broad applications in treating people with neurologic and musculoskeletal conditions, most frequently in rehabilitating the knee, shoulder, hip and ankle.