Leprosy disease is a chronic granulomatous disease caused byMycobacterium leprae, an acid and alcohol fast bacillus. It is one of the most serious, disabling disease which attacks nerve and skin. Leprosy which is also called Hansens Disease is the commonest cause of peripheral neuritis and about 20 million of the population is affected by it. 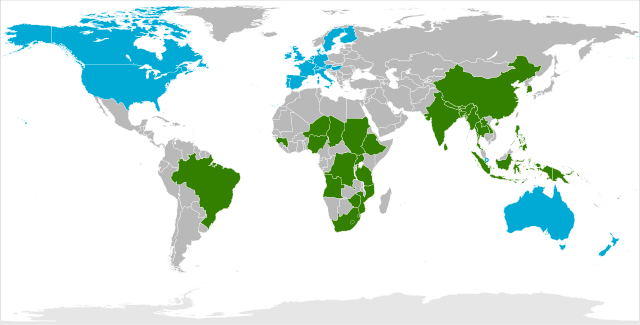 The most important mode of spread of Mycobacterium leprae is by droplets from the sneeze of leprosy patients, whose nasal mucosa is heavily infected. It is not certain whether the organism enters by inhalation or through the skin. The incubation period is between 2-5 years.

The leprosy disease is common in tropical countries like Asia, Far East, Tropical Africa, Central and South America and in some Pacific Islands. The disease is still endemic in Southern Europe, North Africa and the middle East.

It is not absolutely sure how leprosy spreads from one person to another. We know that it is much less infectious than small-pox and many other diseases. Some people have such high resistance that they do not get infected by leprosy disease, no matter how closely they are in contact with any infectious person. Great majority of leprosy patients cannot infect other people.

Even the few infectious patients are no longer infected if they have been taking adequate treatment for 3-6 months, though they do need to continue drug treatment for a very long time. This fact shows that leprosy is not dangerous as most of the people think.

It is a chronic infectious disease of only man and attacks mainly nerves and skin. It is diagnosed and treated with drugs and it can be controlled with little precautions, which reduce physical damage or disability from occurring.  Leprosy disease may cause great emotional distress to the patient and their families, and it may seriously affect the social life of the patient. 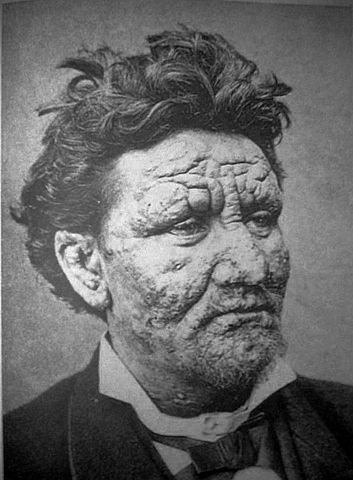 All types of leprosy are caused by mycobacterium leprae. The amount of patient's resistance determines whether he/she can get leprosy at all and if he can, then which type he will get.

The three main types of leprosy are:

However, when treating neuritis it is necessary to divide borderline leprosy into 3 types making five types in all. These five types are:

According to the type and difference in resistance the skin sign changes. In tuberculoid, cases have good resistance. Borderline cases have only fair resistance and lepromatous cases have little or no resistance. Damage to hand and feet can occur in all three types, if the mycobacterium leprae damages nerve trunk. 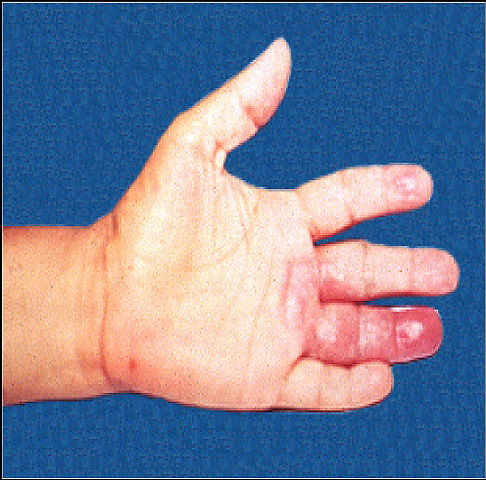 Because the bacteria that cause leprosy multiply very slowly, symptoms usually do not begin until at least 1 year after people have been infected. On average, symptoms appear 5 to 7 years after infection. Once symptoms begin, they progress slowly.

Leprosy disease affects mainly the skin and peripheral nerves Characteristic rashes and bumps develop. Infection of the nerves makes the skin numb or the muscles weak in areas controlled by the infected nerves.

The most severe symptoms result from infection of the peripheral nerves, which causes deterioration of the sense of touch and a corresponding inability to feel pain and temperature. People with peripheral nerve damage may unknowingly burn, cut, or otherwise harm themselves. Repeated damage may eventually lead to loss of fingers and toes. Also, damage to peripheral nerves may cause muscle weakness that can result in deformities. For example, the fingers may be weakened, causing them to curve inward (like a claw). Muscles may become too weak to flex the foot—a condition called footdrop. Infected nerves may enlarge so that during a physical examination, doctors can feel them.

Skin infection can lead to areas of swelling and lumps, which can be particularly disfiguring on the face.

Other areas of the body may be affected by Leprosy Disease:

During the course of untreated or even treated leprosy disease, the immune system may produce inflammatory reactions. These reactions can cause fever and inflammation of the skin, peripheral nerves, and, less commonly, the lymph nodes, joints, testes, kidneys, liver, and eyes. The skin around bumps may swell and become red and painful, and the bumps may form open sores. People may have a fever and swollen lymph glands.

Symptoms (such as distinctive rashes that do not disappear, enlarged nerves, loss of the sense of touch, and deformities that result from muscle weakness) provide strong clues to the diagnosis of leprosy.

Examination of a sample of infected skin tissue under a microscope (biopsy) confirms the diagnosis. Because leprosy bacteria do not grow in the laboratory, culture of tissue samples is not useful. Blood tests to measure antibodies to the bacteria have limited usefulness because antibodies are not always present.

The good news is that leprosy is curable. In 1981, the WHO recommended the use of a combination of three antibiotics -- usually dapsone, rifampin, and clofazimine -- for treatment, which takes six months to a year or more. Certain cases may be treated with two antibiotics, but rifampin is a key component of either regimen. Since 1995, the WHO has provided these drugs free of charge to all leprosy patients worldwide.

During the course of treatment, the body may react to the dead bacteria with pain and swelling in the skin and nerves. This is treated with pain medication, prednisone or thalidomide (under special conditions).

Because some leprosy bacteria are resistant to certain antibiotics, doctors prescribe more than one drug. The drugs chosen depend on the type of leprosy:

Because the bacteria are difficult to eradicate, antibiotics must be continued for a long time. Depending on the severity of the infection and the doctor's judgment, treatment continues from 6 months to many years. Some doctors recommend lifelong treatment with dapsone for people with lepromatous leprosy.

Goals of Physical Therapy for Non-Surgical patients Of Leprosy Disease

The major aim is to prevent or reduce complication, deformity and disability in body through Physical Therapy.

The ways of reaching these Goals are-

Goals of Physical Therapy for Surgical patients Of Leprosy Disease