Primitive newborn reflexes are unique in the neonatal period, a consequence of the continued development of the CNS after birth. Any asymmetry, increase, or decrease in tone elicited by passive movement may indicate a significant CNS abnormality and requires further evaluation. Similarly a delay in the expected disappearance of the primitive reflexes may warrant an evaluation of the CNS. 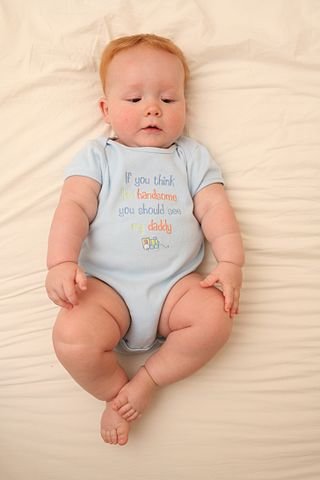 The most important newborn reflexes are as follows:

It is elicited by allowing the infant's head gently to move back suddenly (from a few inches off the crib mattress). This results in abduction and upward movement of the arms followed by adduction and flexion. The Moro reflex disappears by 4 to 6 months.

It is elicited by touching the corner of the infant's mouth, resulting in the lowering of the lower lip on the same side with tongue movement toward the stimulus. The face may turn to the stimulus. The rooting reflex disappears at 4 to 6 months.

It occurs with almost any object placed in the newborn's mouth. The infant responds with vigorous sucking. The sucking reflex is replaced later by voluntary sucking only.

It occurs when placing an object, such as a finger, onto the infant's palm (palmar grasp) or sole (plantar grasp). The infant responds by flexing fingers or curling the toes. The palmar grasp usually disappears by 3 to 4 months and the plantar grasp by 6 to 8 months.

It is elicited by placing the infant supine and turning the head to the side. This placement results in ipsilateral extension of the arm and the leg into a "fencing" position. The contralateral side flexes as well. This reflex disappears by 2 to 3 months of age.

The neurologic examination of a neonate is used to assess the function of the basal ganglia, brainstem, and more caudal structures. The results of the examination should be used cautiously in predicting developmental outcome.

2) Grasp Reflex- Placing a finger in palm results in flexing of the infant's fingers, accompanied by flexion at elbow and shoulder

6) Crossed Extension- One leg held firmly in extension and the dorsum and sole of the foot stimulated results in a sequence of flexion, extension, and adduction, followed by toe fanning of the opposite leg

7) Tonic Neck- With the infant supine, turning of the head results in ipsilateral extension of the arm and leg in a "fencing" posture

8) Parachute Reflex- With the infant sitting, tilting to either side results in extension of the ipsilateral arm in a protective fashion

Numerous primitive newborn reflexes, present at birth, assess the functional integrity of the brainstem and basal ganglia. They are symmetric and disappear at 4 to 6 months of age, indicating the normal maturation of descending inhibitory cerebral influences (Moro reflex). The grasp and rooting reflexes are inhibited by maturation of frontal lobe structures and may reappear later in life with frontal lobe lesions. The Landau and parachute reflexes become apparent after the newborn period, indicating proper maturation of appropriate brain structures. Asymmetry or persistence of the primitive reflexes may indicate focal brain or peripheral nerve lesions.